Can AI Generate Humor? [+How Business Leaders Can Learn From It]

We all know a bad joke when we hear one. Sometimes one person’s bad joke is another person’s knee slapper.

“If the mushroom was such a fungi, why didn’t they have the party at his house?”
“Because there wasn’t much-room.”  – Dad Joke Generator

Because of its subjectiveness, humor is one of the most difficult tasks for artificial intelligence (AI) to achieve.

Even humans have a hard time trying to describe what makes something funny. What is it about these seemingly illogical connections of ideas that makes us smile and guffaw? In our darkest moments, humor is what brightens our days. Some will even argue that humor is what makes us human.

So, can AI generate humor?

Continue reading to learn more about AI, humor, and the ethical implications to consider when designing any trustworthy AI solution (including joke generators).

How Do I Teach AI Humor?

How do data scientists teach AI solutions humor? We often break it down into two tasks: teach the AI to identify what is funny and teach the AI to tell a joke. The process is fraught with accidental humor when an AI creates awkward and amusing tidbits while trying to generate creative content.

Can An AI Identify What Is Funny?

Several AIs have been built to tell you if a joke is funnier than another joke. Shahaf, Horvitz, and Mankoff (2015) built an AI that, when provided a set of potential captions to a New Yorker Cartoon, were able to identify which caption was funnier 64-69% of the time.
And while that may seem low, humans identify what others will think is funnier only 57% of the time, even when they’ve known the people in the audience five or more years.
Most recently, Google launched their Pathways Language Model (PaLM). Trained with a mix of English and multilingual datasets from high-quality websites, the model can complete a slew of linguistic tasks—including generating in-depth explanations for jokes.
Still, identifying something as funnier than something else is one challenge. The larger task is getting AI to identify what is funny in the first place.

How Well Does AI Create Humor?

Computing humor is so difficult that many have considered it the “holy grail” of AI. Despite its challenges, many teams, like Stanford researchers He, Peng, and Liang (2019) and Graeme Ritchie at the University of Aberdeen, have been successful in creating AI that generates simple puns. While some of their jokes are amusing, many wouldn’t be considered funny to a mass audience.

An ethical AI joke generator might sound like a paradox, but when it comes to designing any model, it’s important to know and understand the ethical implications of AI gone wrong. Here are a few ways to prevent unintentional bias in AI:

While joke generators are a less serious use of AI, data scientists and business leaders alike can still learn from how they’re designed, tested, and deployed.

Generating (debatably) funny jokes is just one of the many applications of artificial intelligence. To learn more about ethical AI in business, straight from AI experts themselves, subscribe to our Voices of Trusted AI monthly digest. It’s a once-per-month email that contains helpful resources, reputable information and actionable tips about designing AI you, and your stakeholders, can trust. 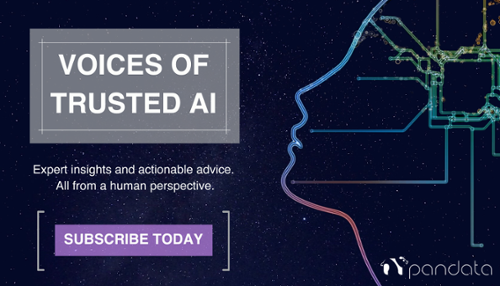 Editor’s note: This post was originally published in 2020 and has been updated and republished.